The CPA Photo Essay competition was held on Tuesday 2nd February and proved very interesting. Jim McKeever was our judge for the evening and he took a slightly unusual approach; before proceedings got underway he asked the members present to select and record their three favourite panels. He then discussed the key elements of a narrative, asking the authors of the panels to explain their story and to select the three images within the panel which most clearly defined the intended narrative. After much discussion on the subject he revealed the top three panels as chosen by our peers followed by his own choices. The results were surprising, and perhaps highlighted the need for further clarification on the guidance issued by CPA for this particular competition next season.

Interestingly, if the results had been down to the members we’d have been congratulating Louise Borbely on her win, with Vittorio in second place and Paul and Helen Honeyman sharing the third place honours!

Many congratulations to John on winning the Stanley Matchett Trophy, his first as a new member of the club this year, and our thanks to Jim for his stimulating judging. 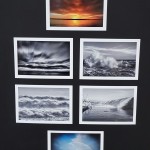 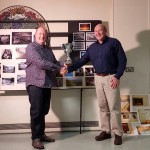