The first in-house competitions of the 2018/19 season were held on Tuesday 13th November with both the Photo Essay and the Irish Heritage competitions. As for last season, Jim McKeever was our judge for each.

As he usually does, Jim asked members to present their panels and explain their intended narrative. Seven panels were entered with subject matter including Remembrance Day celebrations, horse racing, Mods and Rockers, the Thompson graving dock, churches, dogs and war memorials. In all cases Jim was happy that the images selected told a story, though some could have been paired down and the number of images used in the narrative reduced.

Congratulations to Robert on winning the Stanley Matchett Trophy, after having placed second last season, and our thanks to Jim, as ever, for his expertise. 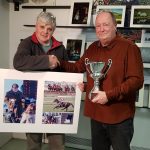 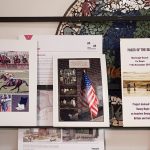