On Saturday 23rd April NIPA held the culmination of the 2015-16 season’s Interclub competition when they chose the Top Mono print, Top Colour print and Top PDI of the year. The event was hosted by Christian Brothers Past Pupils Camera Club and was judged by Vincent Pentecost AWPF, the President of the Welsh Photographic Federation.

Vince commented on every entry, a total of 130 images, all of which were starred during the five rounds of the Interclub competition this season. As this was the best work produced by the 30 camera clubs throughout Northern Ireland the standard was extremely high. We were very pleased to see CPA so well represented with a total of 11 starred images from advanced workers Paul, Louise and Ossie and from novice workers John, Robert and Dougie.

When it came time for Vince to announce the winners we were delighted to see Paul lift the trophy for Top Mono Print with Hoodie. We were even more stunned when Robert won the Top Colour Print with Deers in the Mist, a wonderful print that has done so well for him this year. For CPA members to have taken the honours in two of the three sections was just amazing, and we’re so proud of our guys.

The presentations didn’t stop there as NIPA gave out all their trophies for the season. Robert was presented with his trophy for winning the NIPA Novice Competition PDI section earlier this year, as well as his certificate for 3rd place, and Pauline received a certificate for her commended image in the colour section. CPA were also awarded the trophy for being overall winners of the Novice Colour section in the Interclub competition.

A fabulous day for CPA at an event presided over by NIPA’s new President, our very own Vittorio. A big round of applause all round! 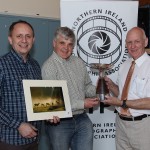 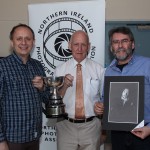 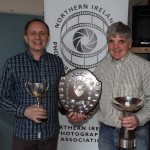 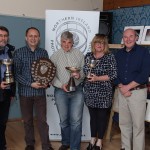 CPA members with their haul! 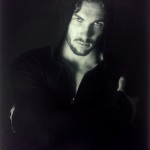 Deer in the Mist