Last night we had our second club competition of the season, Photo Essay.

We had a good entry of 11 panels, all done as story boards and none as single images.

Once again we had Jim McKeever as our judge.

Jim spent some time looking at the panels and noted his choice of winner and runners up in his note book.

He started by saying that this was the strongest entry in many years, both in terms of quantity and quality.

He then commented on all the panels individually saying that every panel told him a story, though some were clearly stronger than others.

There were two panels on the board that contained 9 images each, though the rules say up to six, another point Jim addressed.

He finished the first part of the evening by announcing the placed panels in the following order: 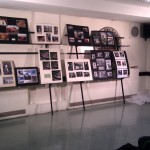 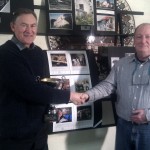 After the tea break we looking at a PDI panel which Kieran had brought along and interactively made suggestion of how we thought it could be improved.

Jim finished by looking at some of his own work taken for university and explained his selection process.

Many thanks Jim and to everyone who entered the competition.